A young man who had an identical twin donor was recently transplanted. The cause of end-stage disease was IgA nephropathy. The donor had no renal dysfunction or proteinuria. There was no demonstrable HLA mismatch. The panel reactive antibody (PRA) and T- as well as B-cell cross match tests were negative. The post-transplant course was unremarkable. Tacrolimus and MMF-based immunosuppression was maintained until short tandem repeat analysis confirmed genetic identity between donor and recipients.

Figure 1. By light microscopy, the glomeruli show normal morphology. No inflammation or tubular injury is seen to suggest a diagnosis of rejection.

Figure 2. Immunofluorescence examination should sparse segmentally distributed area of mesangial staining for IgA. No other immunoglobulin or complement components were found. 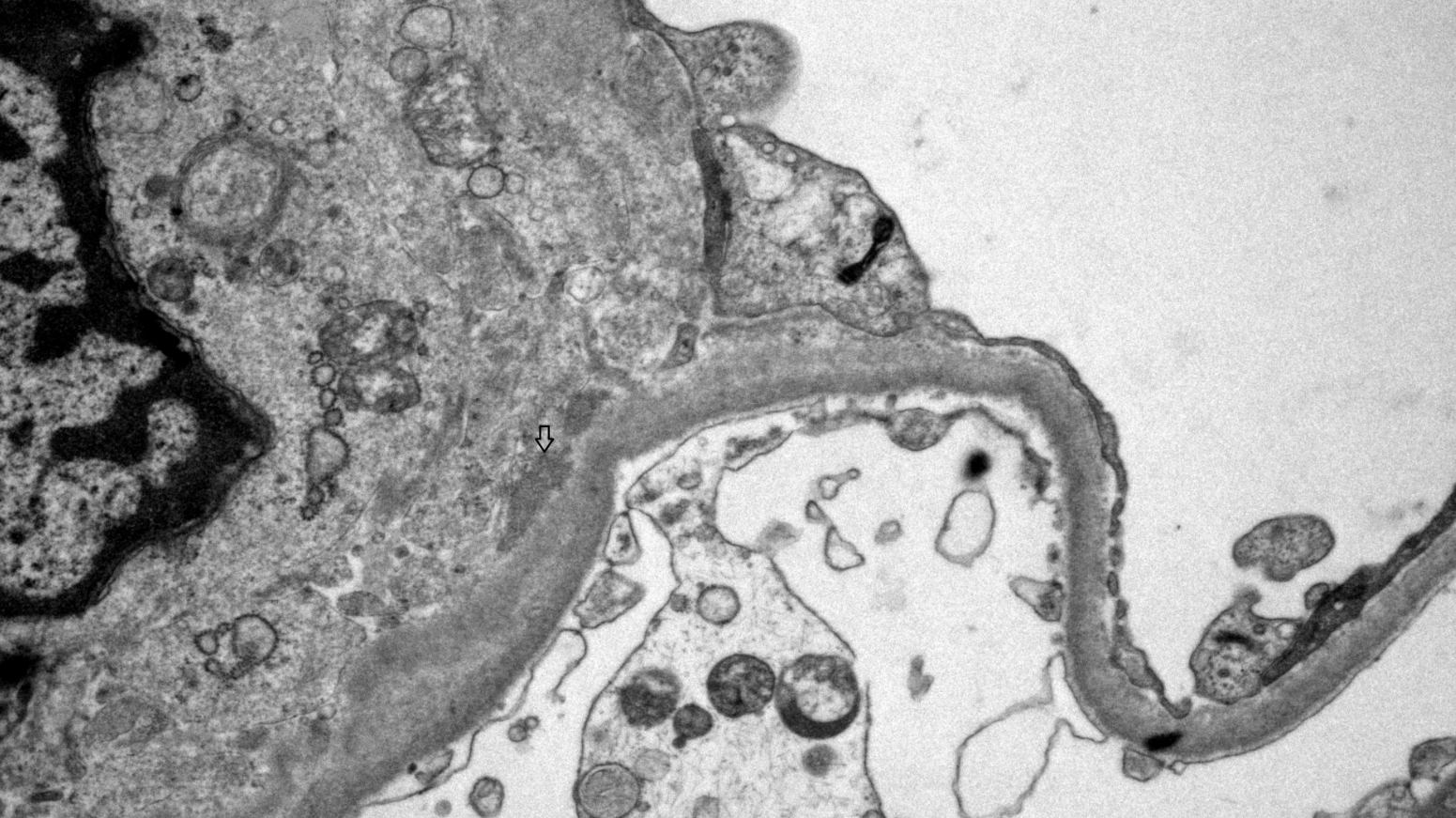 It is likely that the biopsy findings represent an early stage of recurrent IgA nephropathy. However, we may also be simply detecting asymptomatic disease in the twin donor. Further follow-up will help differentiate these two possibilities.

This case illustrates how transplants from identical twins can develop immune-mediated diseases that do not fall into the category of rejection. Recurrent glomerulonephritis and death due to a cardiovascular event are the most common causes of graft loss after transplantation between identical twins.