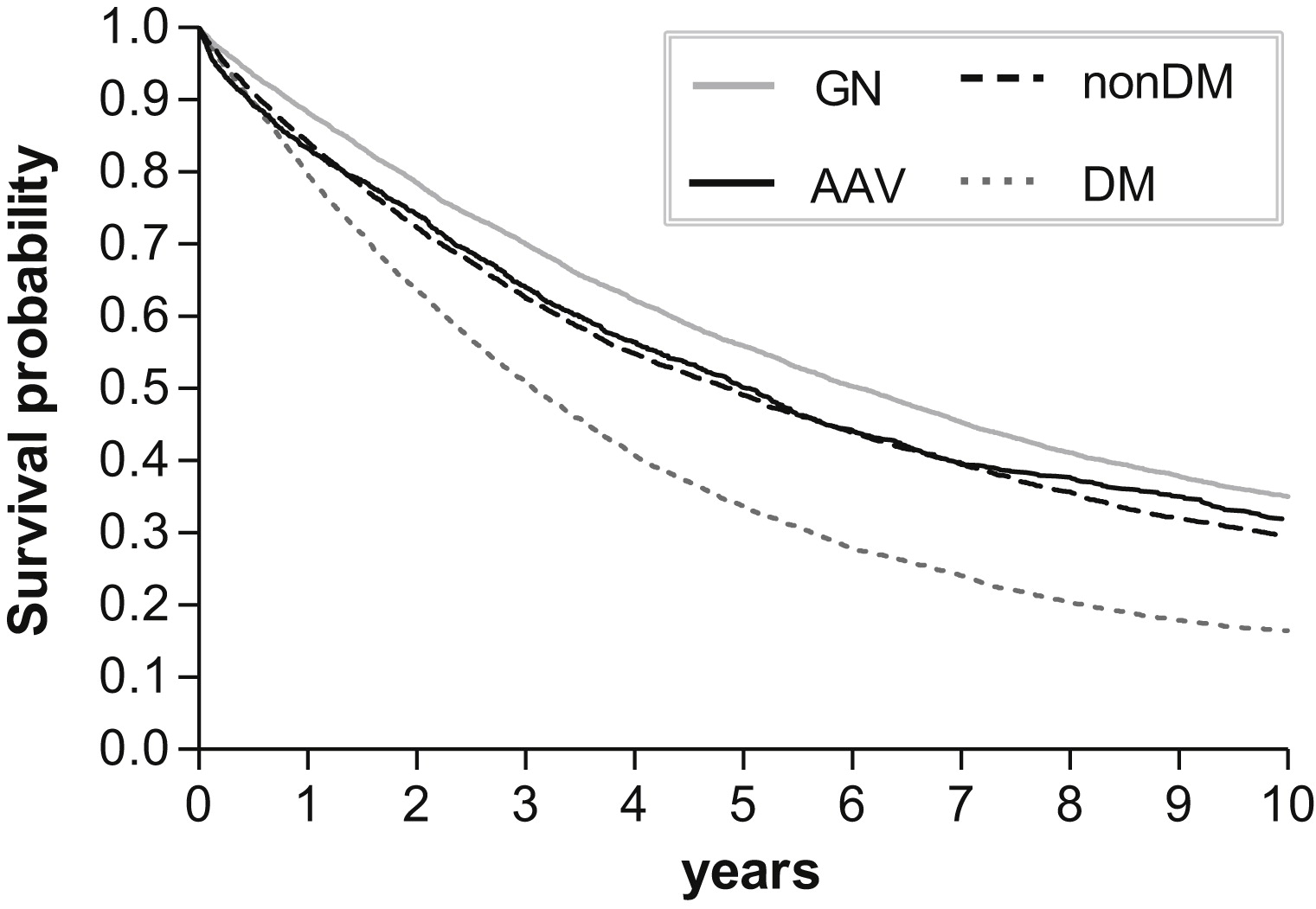 ANCA-associated vasculitides (AAV) are among the diseases with highest morbidity and mortality encountered in clinical nephrology. Fortunately, these diseases tend to be infrequent, but represent the most common causes of rapidly progressive glomerulonephritis (RPGN). Epidemiologic studies not only provide us a deeper understanding of the pathophysiology of AAV, but also let us predict outcomes as well as determine suitability for kidney transplantation. This topic was recently addressed in an article in AJKD by Drs. Zdenka Hruskova, Vianda Stel, Kitty Jager, and Vladimir Tesar (Authors).  Here, they discuss the highlights of their paper with Dr. Edgar Lerma (AJKDblog), member of the AJKD Blog Advisory Board.


AJKDblog: Tell us about your study and why you think this was an important topic?

Authors: The main reason for initiating this study was that even though a significant proportion of patients with AAV progress to end-stage renal disease (ESRD), there is little data concerning their long-term outcome. We believed that the use of a large database from the ERA-EDTA registry on patients requiring RRT in Europe would enable us to perform more robust analyses on the rare disease, and to compare the outcome of kidney failure due to AAV to other causes.

AJKDblog: What were the main findings of your study?

Authors: In brief, the main finding of our study was that patients with AAV have a similar survival on RRT compared with other non-diabetic diagnoses, and most remarkably, that their patient and transplant survival after transplantation is comparable or even better than patients with other diagnoses.

AJKDblog: What do you think are the possible explanations for the ‘north-to-south gradient,’ as far as occurrence of GPA and MPA, respectively?

Authors: These observations suggest a latitude effect but, to our knowledge, the reasons behind the north-to-south gradient of GPA/MPA in Europe have not been fully elucidated. A potential reason is genetic diversity in these populations, as we now know that PR3-ANCA and MPO-ANCA associated diseases have different genetic associations (Lyons et al 2012). However, the north-to-south gradient may also be partly explained by environmental factors, such as infections, silica exposure, farming, or certain drugs.

AJKDblog: Certainly, the issue of whether or not to treat AAV patients who are already receiving RRT remains controversial. Do you have a list of prognostic features to suggest which patients are likely to respond to treatment and who will not? What parameters will indicate when treatment can be discontinued?

Authors: Yes, this issue remains controversial. Previous studies showed that kidney biopsy findings may provide important clues to decide whether the patient is likely to respond to treatment, but even with the most ominous histologic findings, some patients recover independent kidney function. The duration of immunosuppressive treatment is influenced by a number of factors, including the initial biopsy findings, response to treatment, adverse events, and the extent of extra-renal disease.  The AAV patients on RRT seem to have a lower risk of relapse but a higher risk of infections. The risk-benefit ratio has to be assessed in each patient, and the approach clearly has to be individualized.

AJKDblog: To what do you attribute the declining incidence of ESRD in AAV patients? Is this due to increase awareness leading to early diagnosis and treatment, new immunosuppressive regimens, or variations in treatment protocols?

Authors: In our opinion, all of these factors likely contribute, but early recognition of the disease and initiation of appropriate treatment is most important. Improved patient survival has been described in the most recent cohorts of AAV patients suggesting that with the current treatment protocols, we are getting closer to finding the right balance between efficacy and toxicity of the treatment.  Only future studies will show whether the new immunosuppressive regimens (e.g., with rituximab) will result in better long-term kidney survival.

AJKDblog: Earlier studies have suggested an increased risk of death in AAV transplant recipient, but your study reported better survival rates. Please tell us a bit more about the possible explanation(s) for this seemingly contrasting observation.

Authors: In our study, we included a large number of European AAV patients who received their first kidney transplant between 1993-2012, and found they had survival rates favorable to matched controls with non-diabetic diagnoses. It is difficult to compare our results with previous (mostly smaller) studies due to differences in cohort and control group definitions, transplant eras, and patient characteristics. We were also not able to comment on potential differences in immunosuppressive regimens used or ANCA type and activity at the time of transplantation. Based on our results, AAV patients in Europe seem to be suitable candidates for kidney transplantation.

AJKDblog: What were the limitations of the study, and how did they affect your results?

Authors: Our study is a registry-based project. We lacked data related to more detailed characteristics of AAV patients, including extrarenal involvement, immunosuppressive treatment, or relapses. These factors may influence the outcomes of AAV patients on RRT. On the other hand, the advantage of our registry-based data is the large number of patients, even for such a rare disease as AAV, which can never be collected from a single center.

2 Comments on ANCA Disease: How Do Patients Do on RRT?