IgA nephropathy (IgAN) is the most common cause of primary glomerulonephritis worldwide. It is characterized by glomerular mesangial matrix expansion and mesangial cell proliferation. On immunofluorescence microscopy (IF), typically there is dominant  IgA deposition in the mesangium. Initially, it was regarded as a benign entity, but now we know that it is a progressive disease and leads to end-stage kidney disease (ESKD) in up to 40% of cases within 20-25 years. The heterogeneous clinical course of the disease demands a useful clinical or histological biomarker to predict the disease progression. Recognizing a new prognostic marker may help us in further understanding of IgAN pathogenesis and explore more therapeutic options.

Considerable evidence exists to elucidate the role of the complement system in the pathogenesis of IgAN. Furthering our insight into the pathogenesis, we have deciphered that the immune complex deposits consisting of aberrantly glycosylated  IgA molecules in turn induce activation of mesangial cells. The polymeric IgA are also potentially capable of activating alternative or lectin (through binding mannose-binding lectin) complement pathways in the glomerulus. Previously published studies have demonstrated that from staining of markers of alternative and lectin pathways activation in kidney-biopsies we can foretell a poorer renal prognosis in IgAN.

C4d is one of the well-established biomarkers for complement cascade activation which has already proven its pivotal importance in the diagnosis of humoral rejection in kidney allografts recipients. The cleavage of the labile thioester bond of C4b leads to the formation of C4d. With its covalent bond, C4d can get anchored to cell surfaces, and serves as a footprint of complement activation. At the same time, we have other possible explanations for C4d deposition in kidney tissue; for example, activation of the lectin pathway by the cholesterol crystals in atherosclerosis, microvascular injury due to hypertension, or injured endothelium.

In a recent retrospective cohort analysis published in AJKD, Faria et al evaluated the association of arteriolar C4d with progressive kidney disease and compared it with clinical and histologic markers of disease progression. Kidney biopsy specimens were stained using immunohistochemistry (IHC) and classified according to glomerular C4d (C4dG) and arteriolar C4d (C4dA) deposition. C4dA was identified in 17% of patients and was associated with higher baseline proteinuria, mean arterial pressure (MAP), arterial intima fibrosis, and chronic microangiopathy. 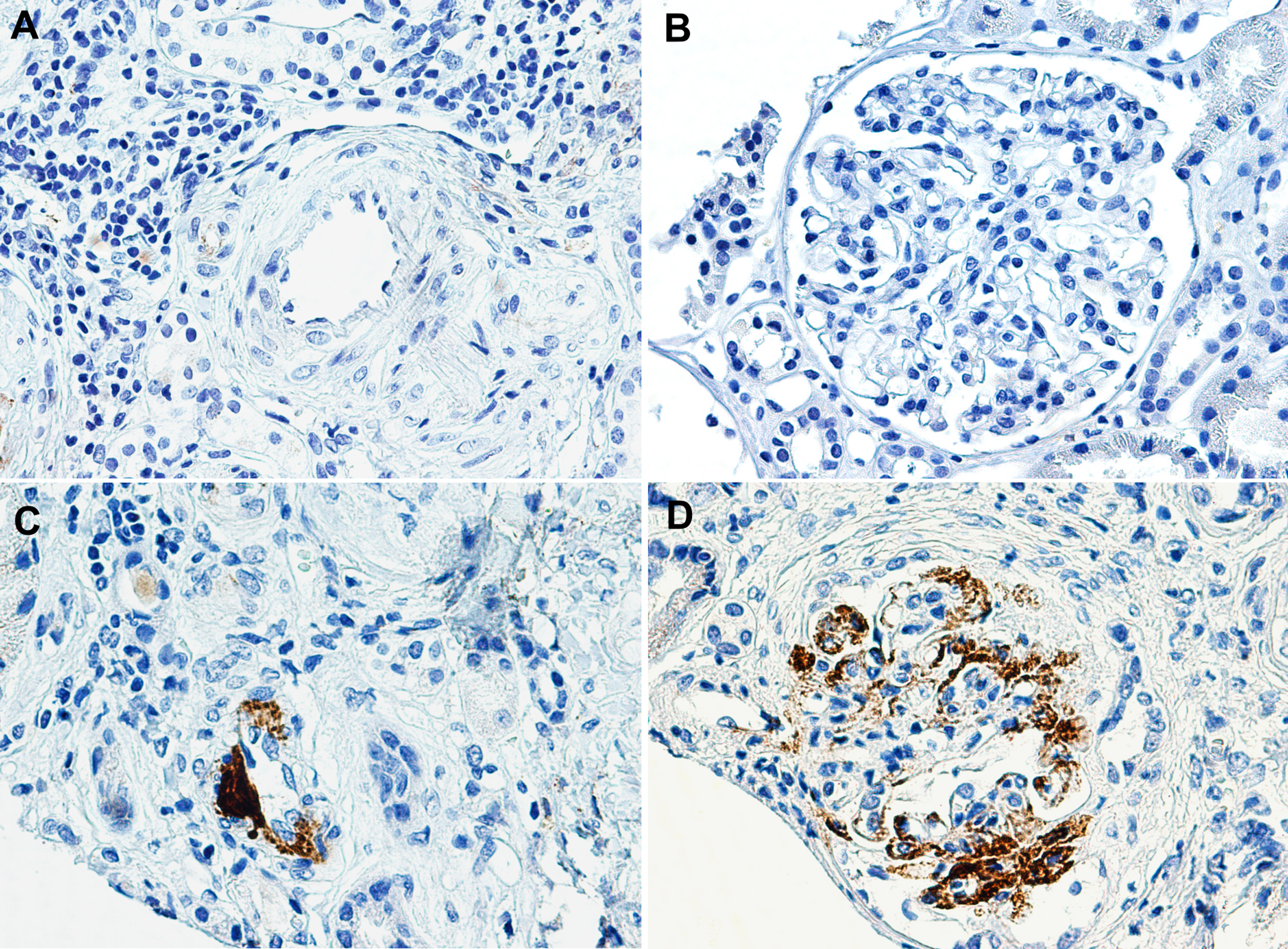 Faria et al demonstrated a powerful association between C4dA IHC and progressive kidney disease. Importantly, C4dA deposits remained significantly associated with progressive kidney disease even after adjusting for other important predictors such as baseline estimated glomerular filtration rate, MAP, and the presence of crescents. Both C4dG and C4dA were associated with progressive kidney disease but in comparison to C4dG IHC, the deposits of C4dA IHC reveal a stronger association with kidney disease progression. C4dG is already an established prognostic marker in IgAN; therefore, C4dA analysis adds to its predictive power without requiring another procedure. The use of extensive statistical analysis that involved 2 different approaches and the adoption of hard and clinically relevant outcomes relating primarily to disease progression increases the significance of the outcomes of this study. 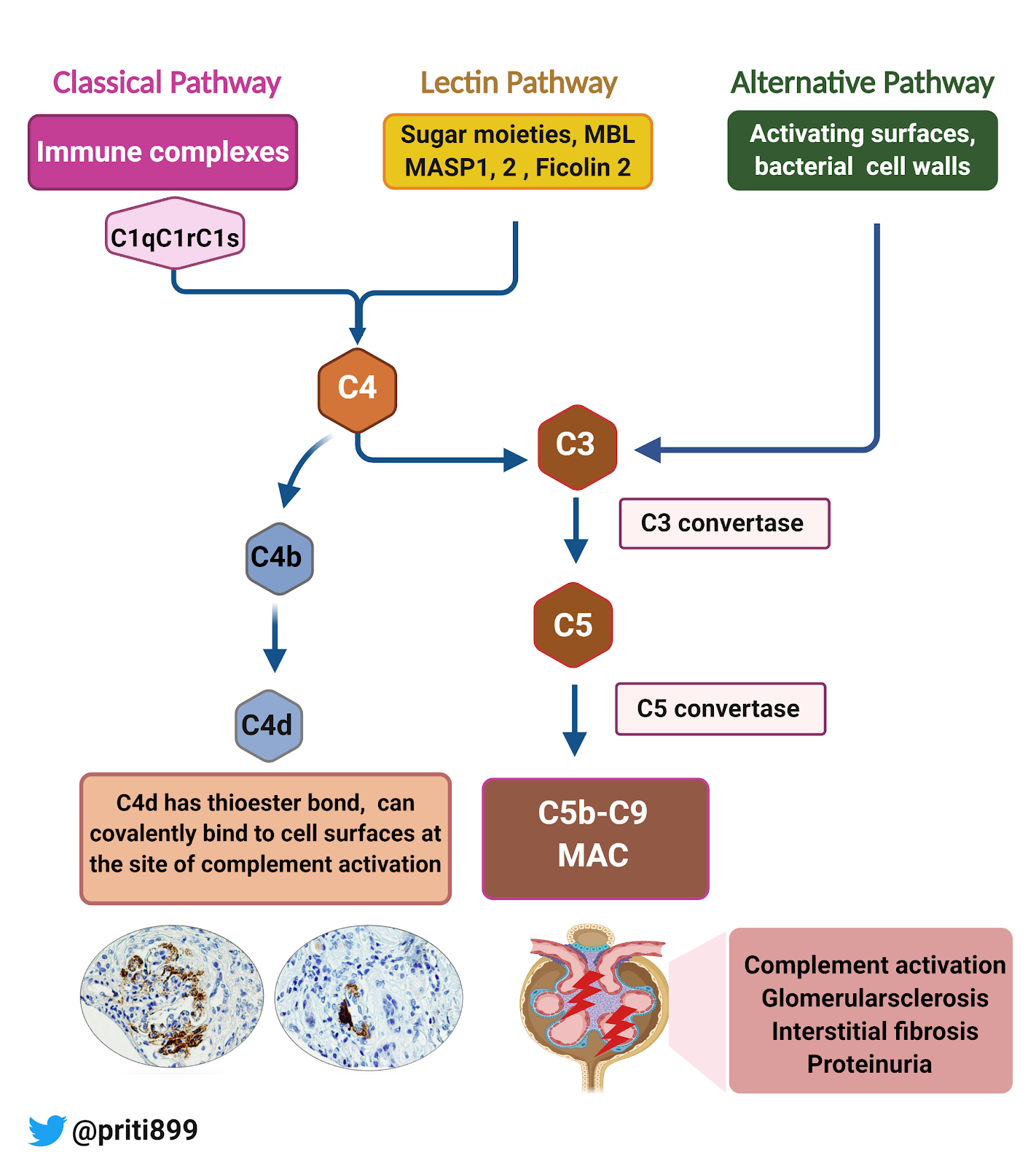 As a single-center retrospective cohort analysis, this study has its limitations. Faria et al included very advanced cases of IgAN which limits the long-term predictive value of C4dA IHC. Furthermore, the incremental value of C4dA over validated risk prediction models for disease progression could not be demonstrated due to the limited sample size and patient heterogeneity. Another important fact is that Faria et al used IHC rather than IF (which is the gold standard) to detect C4d. There are also likely chances of misclassification due to the focal nature of C4d deposition.

Faria et al conclude that C4dA IHC deposition can be used as a meaningful biomarker for IgAN progression and C4d analysis should not be restricted to glomeruli and be extended to blood vessels also. These findings offer a valuable option in the endeavor of hunting a new biomarker for the prediction of disease progression. C4d analysis in IgAN is an economical, feasible, and easy-to-perform biomarker. Moreover, the underlying mechanism for C4d deposition in vessels is yet to be explicated. Further studies are warranted to find out whether C4dA deposition in IgAN is a marker of immune complex-mediated injury or it is a consequence of nonspecific pro-atherosclerotic stimuli and vascular endothelial injury due to CKD progression.