Patients with ESRD have a greater fracture risk than the general population. Kidney transplantation often ameliorates renal bone disease but brings additional bone risk such as corticosteroid use, and these patients are at particularly high risk of fractures in the years immediately following transplantation. Proton pump inhibitors (PPIs) are ubiquitously used and have been associated with fracture in the general population. A recent study in AJKD by Lenihan et al examines the risk of hip fracture in renal transplantation, where PPIs are commonly employed for gastro-protection.

Overall, 231 cases of hip fracture were identified and matched with 15,575 controls. Cases were more likely to have diabetes, cardiovascular, cerebrovascular, and rheumatological disease, as well as higher steroid, mTOR inhibitor, cyclosporine, azathioprine, and bisphosphonate use. In the year prior to fracture, cases were more likely to have used a PPI (65.4% of cases versus 57.4% of controls used; 34.6% of cases versus 28.9% of controls were higher users, having used a PPI for >80% of the time preceding the index date). In the adjusted analysis, hip fracture was associated with any PPI use and high PPI use (odds ratios of 1.39 and 1.41, respectively). 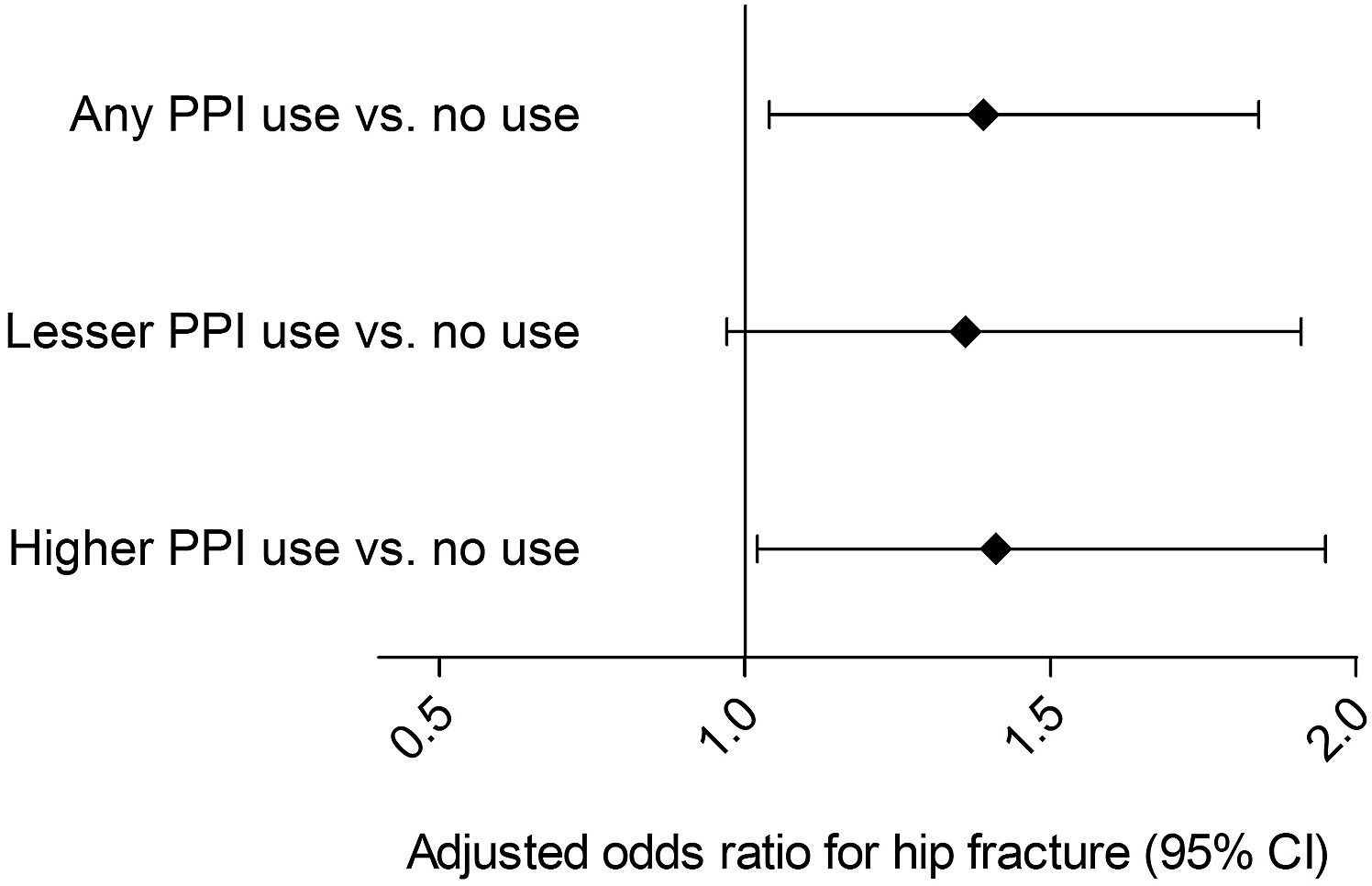 The authors speculate on potential mechanisms for the observed association including PPI-associated hypochlorhydria leading to a decrease in calcium absorption and direct PPI-induced impairment of osteoblast and osteoclast activity. However, this observational study cannot prove causality and is merely hypothesis-generating. It would have been interesting to include H2-antagonists in the study as a comparator to see if the same signal was observed, as this class of drugs has not been linked to increased fracture risk. PPIs are a class of drug used by many patients with diverse co-morbidities, leading to a potential for confounding in observational studies. This criticism is also valid for the data demonstrating an association between PPI use and CKD (PPI and CKD. Real or Not Real?). Despite these reservations, while this paper cannot prove causality between PPI use and hip fracture, it serves as another reminder that the drugs we use may not be as benign as we often think. We should strive to constantly review medication in our CKD and transplant patients and stop drugs which are no longer indicated.