Just a couple more days until we announce the NephMadness 2017 champion!

Catch up on all the results posts here:

The first games of the Filtered Four are complete. Here are the results: 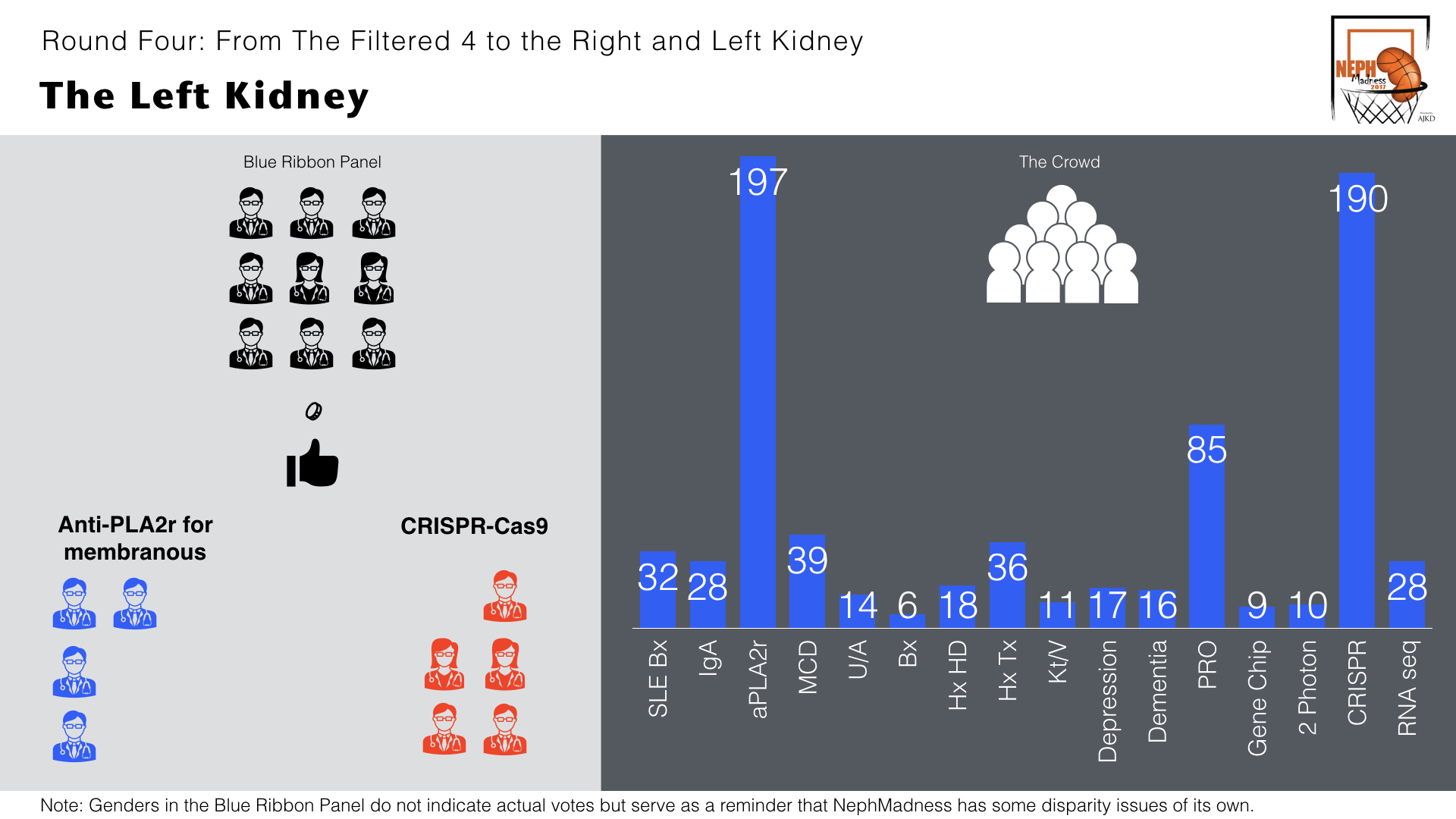 The left side of the bracket came down to the Glomerulonephritis regional champion, anti-PLA2r for membranous nephropathy, versus CRISPR-Cas9 from the Biomedical Research bracket. It was very close but CRISPR-Cas9 rode all the hype to a narrow victory.

Read the case for CRISPR-Cas9 here. 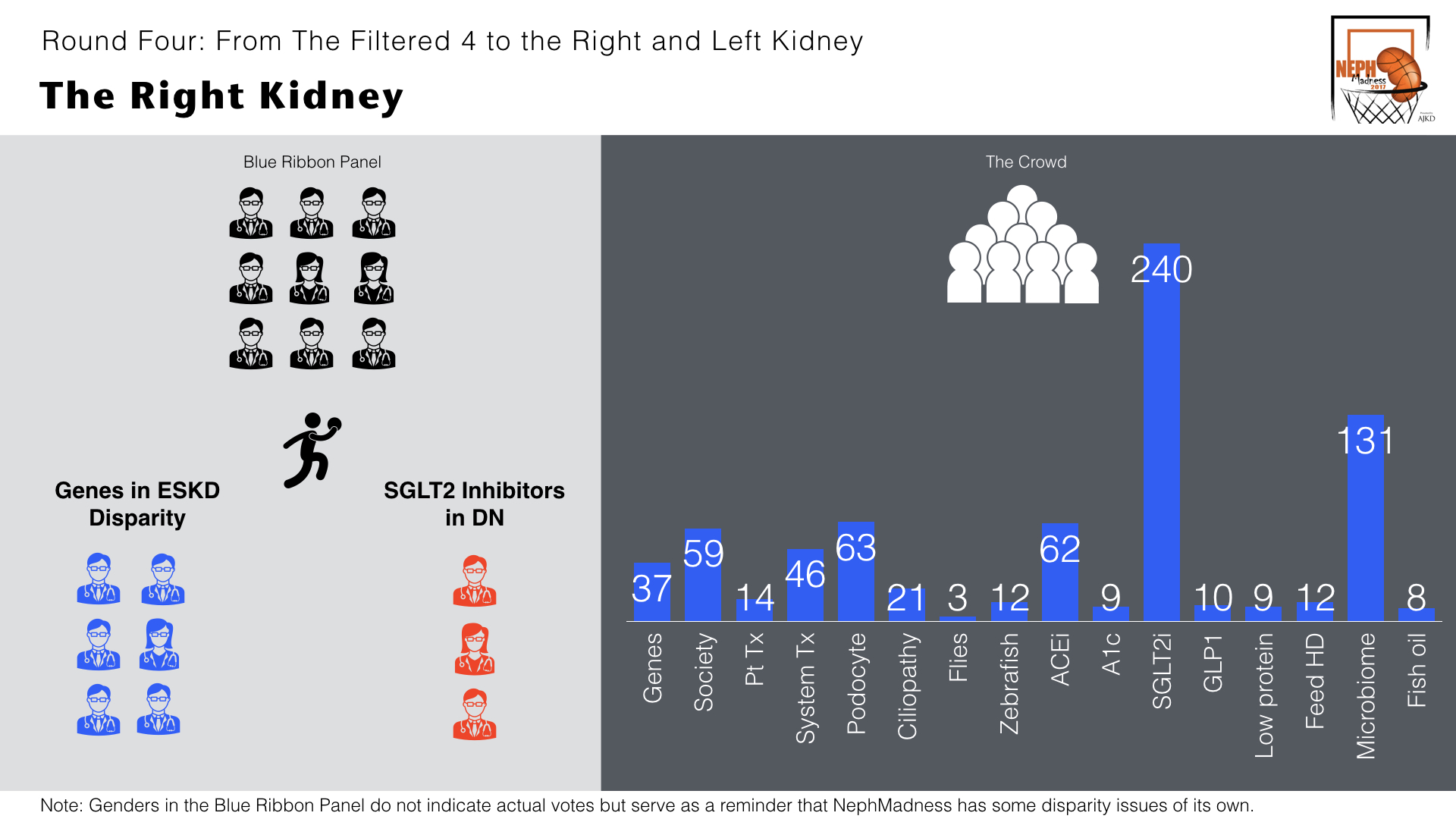 Genes in ESKD Disparity from the Disparities in Nephrology region has been shocking the world. In a series of upsets this veteran team is making another run at the title. Take a look at the infographic. While not at Drosophila-level support, it is ranked seventh in popularity, out of a field of 16. And once again Genes pulled the upset, this time over the Diabetes Regional Champion and crowd favorite, SGLT2 inhibitors.

Read the case for Genes in ESKD Disparity here.

The NephMadness 2017 Champion will be crowned on Wednesday, April 5th! 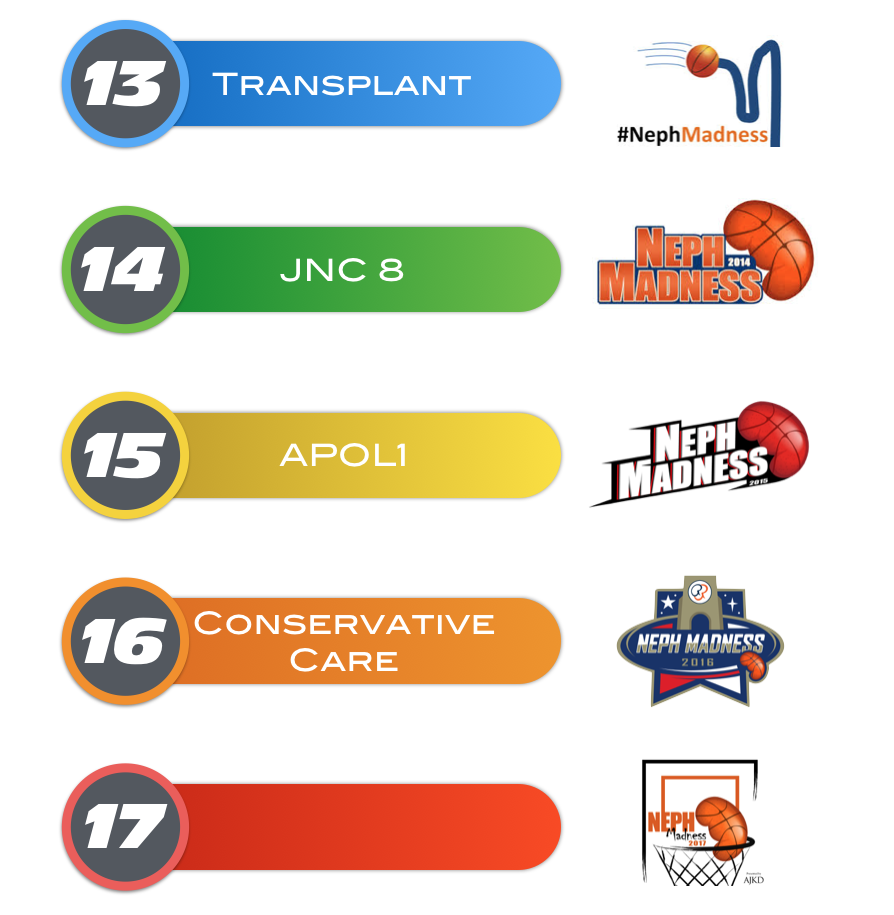